It’s the most stylish time of the year (sung to the tune of “It’s the Most Wonderful Time of the Year”). That’s right. It’s September in the city. New York Fashion Week (#NYFW). Fashion’s Night Out (#FNO). It’s all trending right this very moment.

Last night (September 6, 2012), I dragged my sister out to the fourth annual Fashion’s Night Out (FNO) 1) because I missed it last year and 2) because I needed to know what all the fuss was about.

We gallivanted around Midtown and the Upper East. Our first stop: Calvin Klein on Madison and 60th where Miami Heat’s Dwyane Wade was signing his new book A Father First: How My Life Became Bigger Than Basketball. Anna Wintour of Vogue fame was there, too, but we missed her (unfortunately!).

As my sister so bluntly and accurately said, FNO is like Halloween for the outrageously fashionable. Flocks of models, celebs and common folk (I use this term loosely, especially on the Upper East) dressed up to the nines and walked from door to door of fashion’s top designers. Think free booze, free treats, free souvenirs and expensive designer fashions and accessories. 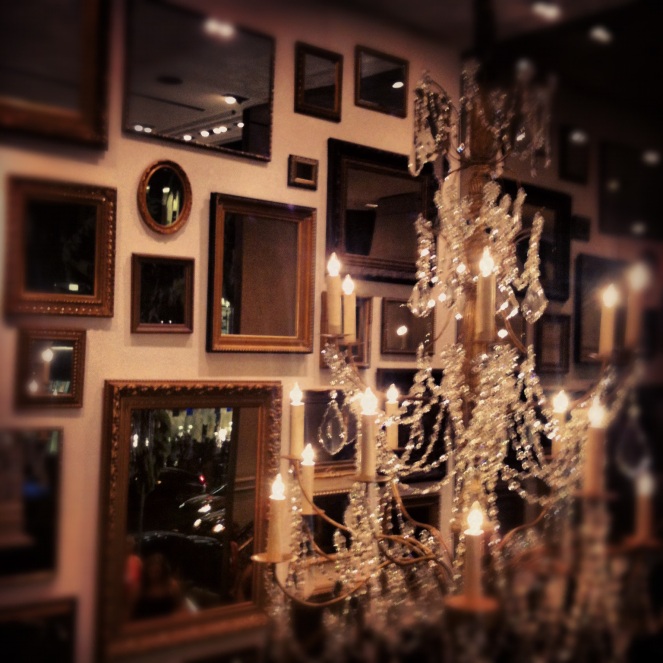 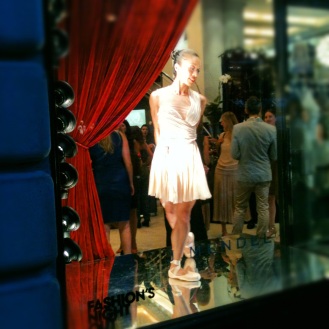 Our next stop: Tory Burch Madison Avenue. While there, I lusted over gorgeous leather handbags that I can only hope to one day own. I secretly only wanted to stop at Tory Burch because there was an Instagram printer courtesy of insider info from Refinery29. Those who know me know I’m a little obsessed with the app.

I made Jess pose for a photo, added a filter, included the #TBFNONYC hashtag and, voila, I was holding a print in no time. Something for the scrapbook — a reminder that I could only afford FNO’s free stuff. (Side note: I was awkwardly introduced to @newyorkcity, someone who I don’t know but follow on Instagram.)

The rest of the night went a little something like this: A chat with the spokesmodels for The RealReal, live ballerinas at J. Mendel, live lingerie model at Agent Provocateur, pit stop at a bodega near my old office on 60th for Vitamin Water, mindless wandering at Bloomie’s where a girl stopped me to gush over my Von Vonni dress (I was flattered) from Loose Threads Boutique, dance party at Giorgio Armani, free chocolate at Lindt, male models dressed as British doormen (or something) at Louis Vuitton, a DJ who blew the speakers at Saks Fifth Avenue and live models handing out perfume samples at Juicy Couture.

After having walked up and down and through the crowds of Fifth Avenue and beyond, we indulged in a breather at the Apple Fifth Avenue promenade. I’m not one to give into all of the hype, but FNO certainly provided quality people-watching and a glimpse into the glamorous lifestyle of the rich and famous. Next year I’m taking on FNO Soho.

Writer, editor, grammar fanatic and LA babe who loves to read, travel, snowboard, explore and partake in all of the finer and fashionable things in life. Oh, and tattoos.
Loading Comments...
%d bloggers like this: